The Heart of Darkness: Fort d’Aubin-Neufchâteau by Emily on January 10, 2013 –

In the midst of backing-up my archive of photos, I stumbled across several posts which seemed to have gotten lost in the folders upon folders of files stored on my computer. How could this be?! I remember how excited I was to share our tour of the Fort d’Aubin-Neufchâteau with you all, because the whole event was such a stroke of happenstance… being in the right place at the right time. To prepare you for our journey through the bunker, allow me to describe the scenery, to set the stage for a dramatic tale of rural warfare.

The artillery-riddled remains of the bunker protrude from an otherwise green landscape. A peaceful countryside view interrupted by a mass of concrete and metal.

A Belgian flag flies high above the tattered remains of what was once an innovative and expensive military undertaking. Though Belgium had remained neutral throughout the first World War, it’s strategic location as a gateway to France provoked an invasion by the German forces. Determined to strengthen their defense strategies and thwart any future would-be invaders, the Belgian military set about creating new, cutting-edge fortifications. Fort d’Aubin-Neufchâteau was one of four new forts built close to the German border, bolstering the defensive power of the 12 existing forts. Construction began in 1935 and was nearly completed at the time of the second invasion by German forces on May 10, 1940.

Due to unforeseen technological improvements in weaponry and warfare, the bunker was ill-prepared to resist the onslaught of aerial bombings and heavy artillery. Despite its short-comings, the fort was miraculously able to fend off its attackers during the German’s initial assault. Thanks to a quirky regional dialect, the Belgian officers were able to communicate in a code language that the German officers were unable to understand or reproduce. This allowed the Belgians to covertly call for back-up from the neighboring fort of Battice, which cooperated with the forces of Aubin-Neufchâteau to repel yet another advance by German forces on the 20th of May. After tossing its last grenade  the soldiers of Aubin-Neufchâteau were forced to surrender.

Although the invasion was ultimately successful, the forces commanding Aubin-Neufchâteau were able to hold their ground for much longer than their sister fort, Eben-Emael, which was the largest fort of its kind at the time and reputedly impregnable. The Belgian forces delivered an unexpected and massive blow to the German invaders. The 23 infantry attacks and more than 2,000 casualties made the battle of Aubin-Neufchâteau one of the toughest artillery fights on the western front. Having depleted or destroyed anything of value to the invading forces and suffering only seven casualties, the Belgian forces grudgingly left the bunker behind.

We were wandering around the hills overlooking the military domain when we saw a car quickly approaching. Unaware if we were trespassing or breaking some code of conduct, we retreated a few steps away from the bunker. Imagine our surprise when a man jumped out of the car, waved to us, and asked if we’d be interested in taking a tour.

“Sure!” we said. He pulled the massive metal door open, unlocked the gates, and escorted us through the cavernous opening.

The entrance was lined with military artifacts and paraphernalia. Old photographs of soldiers long gone lined the walls.

Relics of the past and weapons were displayed in the hallways… and then the staircase. Hundreds of stairs lead to a maze of hallways, the heart of the bunker below. As the five of us descended the stairs, we couldn’t help but think about various horror movie scenarios. Since this all happened so spur-of-the-moment and we, obviously, had zero cell phone reception, should something happen to us, nobody would ever know…

Despite the horror scenarios playing in the back of our minds, we decided to follow our enthusiastic guide further into the darkness. And by darkness I mean total darkness. Before our guide flipped the light switch, the blackness of the bunker was blinding. The walls of the frigid and damp hallways were coated with drops of condensation. Although the temperature was definitely on the chilly side, it remained stable throughout the entire year.

We navigated our way through the maze of hallways, past the ammunition room, past the elevator shaft, past the communications room, past the sleeping quarters. Our guide gave us a good tip should one get lost in a dark bunker hallway (or cave for that matter!). Lick your finger, stick it up in the air, and feel which direction the wind comes from. This will let you know what way you have to go in order to reach an entrance or exit.

Under occupation by the German troops, the bunker was used to test secret weapons, including the ultra-powerful Röchling missiles. Debris within the bunker showcases the missiles’ ability to tear through reinforced concrete. We were informed that one missile buried in front of was still live… “but don’t worry!”, he said. “It’s been around all these years, and you would really have to hammer it or hit it with something hard to make it explode”. Phew…

As we eventually followed the light and found our way to the exit, we couldn’t help but notice the signs of distress surrounding us. Bullet-ridden metal beams. Chunks of concrete hanging precariously from strands of twisted metal. These were all living memories, a testament to the legendary battle with took place not much more than 50 years ago.

Let’s hope this bunker will never come into use again. Let’s hope that humanity will progress beyond resulting to violence and warfare to solve our problems. Let’s hope that peace and understanding can overcome the greed and ignorance that fuels so many.

Have a great day everyone, and I hope you can join me in breathing a sigh of relief that we live in a (relatively) violence-free society. 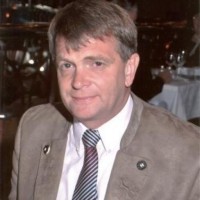